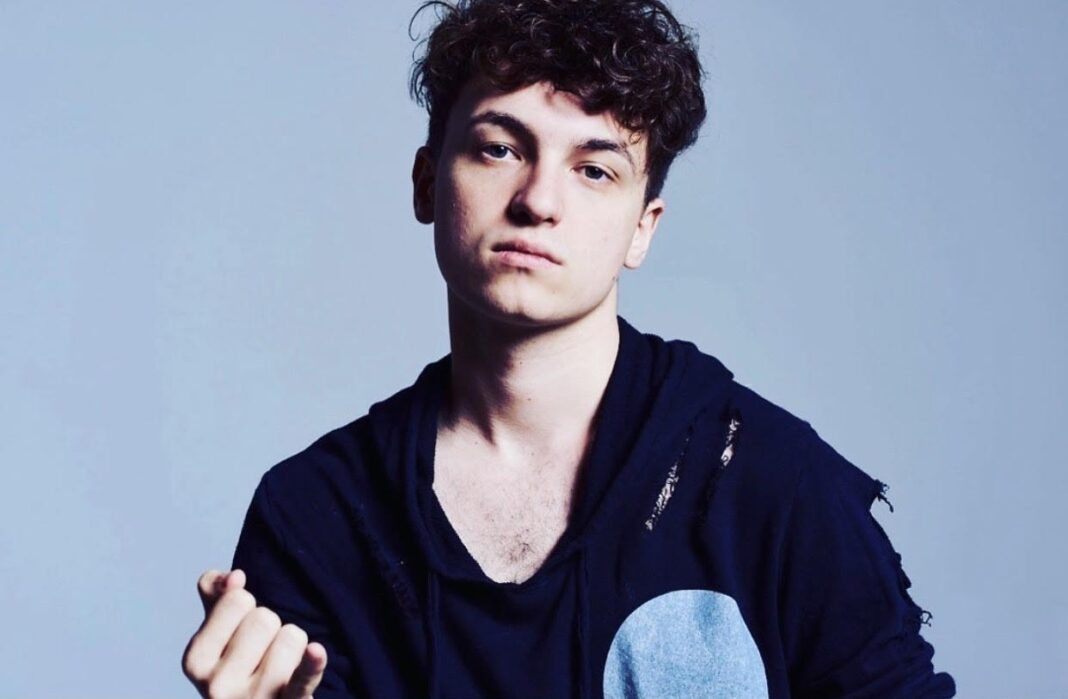 Parker Russell was born in the coastal town of San Luis Obispo, California. His Seneca-Cayuga tribal heritage is passed on by his mother, Catherine Poweska. His father was an officer in the United States Coast Guard and while Parker will always call California home, his father’s deployments took them on a journey around the globe. His family made homes in incredible places from the east Coast to the west coast of the United States, the Netherlands, to Japan, and Guam. Parker actually completed his high school education in Japan. While the travel of their family may have made for an unconventional upbringing, he shared with us his key takeaway; “No matter where I go, I know there will be friends and family with me that make wherever I am…home.”

Parker is currently working on his undergraduate degree at Glendale Community College pursuing a double major in English and Theater. He will transfer to a university in the fall. Since childhood, Parker has always had a love for acting: “I’m very free-spirited. My parents got me started in modelling when I was 5 years old. It was something I enjoyed from the start. When I got to Japan, I was able to make it into a regular job. While in high school there, I joined a local theater group, and remember clearly the first play we performed. While attending school in Japan, I pursued acting classes to further develop my skills and began to win awards for Spoken Word performance in South Korea. Any time people would share with me how much they loved the characters I played, it would just further inspire me to keep moving forward.”

Parker continued; “I really enjoy being part of a project and collaborating with other people to create something meaningful.” In his young and budding career, Parker has already achieved the kinds of milestones that many actors only dream of. Some of the accomplishments Parker has already accomplished include acting in multiple TV commercials; most notably a PSA for anti-vaping that was aired during the Olympics, a Facebook commercial, DISH TV campaign, and a Samsung commercial that aired during the Super Bowl just to name a few.  Parker also had the opportunity to show off his footwork and charm in a feature film where he danced with renown actress Emma Stone.

In addition to being a talented actor, Parker is also a talented singer and musician. The instruments he plays most are guitar, piano and bass. His newest endeavor is the creation of a new music group called Buddapark, a mixture of R&B, Rap, and Funk. As we visited, I asked Parker what was on his list of goals for the next decade. He shared with me; “I would love to see my music really take off, and go on tour. I would also love to be a full-time actor in Hollywood. First things first, though, I am going to complete my education…with excellence.”

Russell strongly believes that success is not born from a diploma or graduation from a specific school. Rather, he views success as the lessons learned along the way. He believes it’s these lessons that establish the trajectory for his future. When asked about the biggest influences in his life he shared: “My parents. If I didn’t have them I would be so lost. They keep me anchored and have been so supportive of me and my pursuits throughout my life.”

Parker also holds his Seneca- Cayuga ancestry and heritage in high regard. “Knowing that I am a part of a community and I have a family that is a part of a community that has been through so much is meaningful. Embracing and understanding this history is important, and while those challenges may have impacted my life, in no way does it mean my future is limited by them. We cannot get caught up in the negativity in the world. Know the history, but don’t accept the feeling the world is against you. Our feelings about the world are ultimately returned to us. If we think the world is against us, that becomes our reality. If we embrace the power of what is possible and love our neighbors, then that will be returned to us as well. Not everyone is an enemy. I believe many people would be surprised that when we extend grace and give others opportunity, good things happen. Everyone has a story and the people we find ourselves in conflict with may be going through difficulties we cannot imagine.” Parker continued, “I feel if I am true to myself and true to my tribe, I can get anywhere in life. That’s what really matters to me. I want to help others’ while being me.”

“I want to help people, even those that are not in my tribe. If I can accomplish that, I believe I can make my family and ancestors proud and maybe that’s my first step in contributing to ACTUAL long-term change in this world.”

The Legacy of 7 Siblings: Then and Now