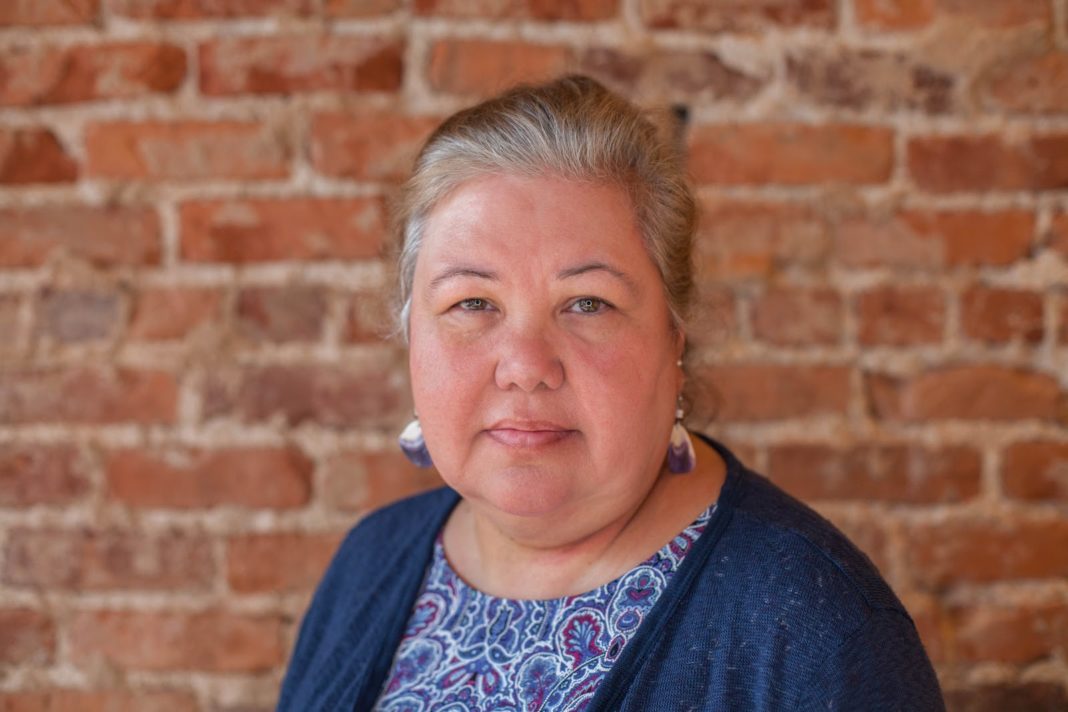 Sallie White spent the early years of her youth growing up between Dallas, Texas, Colorado and Wyandotte, Oklahoma. Regardless of the distance, her family would frequently return back to their ancestral home here in the Seneca-Cayuga Nation for the annual Green Corn ceremonies.

At 11 years old, her family moved to Wyandotte, Oklahoma, though she is now a resident of Grove. White’s tribal heritage and traditions are derived from early Green Corn memories of her grandmother Clara Whitetree, her mother Margaret, and many aunts and uncles, cousins and Green Corn family. Sallie is married to fellow Seneca-Cayuga member Randy White.

Sallie’s first job in the casino industry was in the mid 1990’s working at Foxwoods Casino in Connecticut: “I was a vault clerk, responsible for working within the main bank, and operated as a cashier, handling the resources for the casino.”

In 2004, Sallie began working at Grand Lake Casino as a cashier, then moved to H.R., eventually making her way to becoming the compliance officer for the Nations’ casino. In 2013, she ran for elected office as the first councilperson on the business committee, creating the opportunity to achieve a life-long goal of serving her tribe in a leadership position.

White recounted her journey: “I had learned the management infrastructure at that time wasn’t promoting tribal members for hiring, and the avoidance of the issue struck me as one in need for great improvement. There was no such thing as equal distribution of opportunity and benefits for employees. I knew that was an area I wanted to develop solutions and answers for.”

When asked what progress she has been made since she joined the business committee, she shared: “I’ve seen improvement in turning the tribe around, our finances are much better coming in, our stewardship and allocation of resources is much more sustainable, we have advocated more for the needs of the community, addressed tribal employment, advocated for services to aid our members, and developed greater access to opportunities.”

White shared a core belief she lives by: “Every situation in life changes over time, we all go through hard times, sometimes we all need a helping hand, and we need to be there to lift others up, and help them out.” Creating new opportunities has been something White has been committed to from the beginning.

White shared that her husband’s dad, Bob White, was one of the last fluent speakers of Seneca-Cayuga language. Her husband Randy continued the tradition of ceremonial songs and dances. She expanded: “My husband’s knowledge of the Cayuga language inspired me to pursue learning. In 2007, my husband and I moved to Ontario, Canada to participate in a language Immersion program learning Cayuga language.  It took me a year to complete the program and 2 years of working in the community with tribal elders who also furthered my language- learning experience. We lived there for 3 years before returning to Grove, Oklahoma.

White shared one of the main reasons she wanted to learn the language was because she wanted a better understanding of our ceremonial speeches not just at Green Corn but throughout the cycle of ceremonies. She expressed the difference it’s made in her own life: “Understanding the language brings so much more meaning to being tribal and experiencing our heritage, ceremonies and culture.

Randy and Sallie have a shared desire to invest in the tribal youth, as they’ve focused on teaching them the social and ceremonial songs and dances of the Nation as well as the tribal traditions. White shared more: “Collectively, my husband and I as well as various parents of our children, organized an Inter-Tribal Children’s Honor Guard for various Pow-Wows and social dances and gatherings within the local native American community.  The purpose of the Honor Guard is to honor those veterans from the past and those who are currently serving in the military. The kids and veterans are always the first to enter, while showcasing the various tribal flags, American and POW flags.”

When asked what she wants to be remembered by Sallie White shared: “I want to be remembered as a good person who tried her hardest to make a difference in the lives of others, while preserving the SCN traditions and heritage for generations to come.  Living a life that shows that: “You are never too old to start over or learn something new. There are still so many things to learn!”