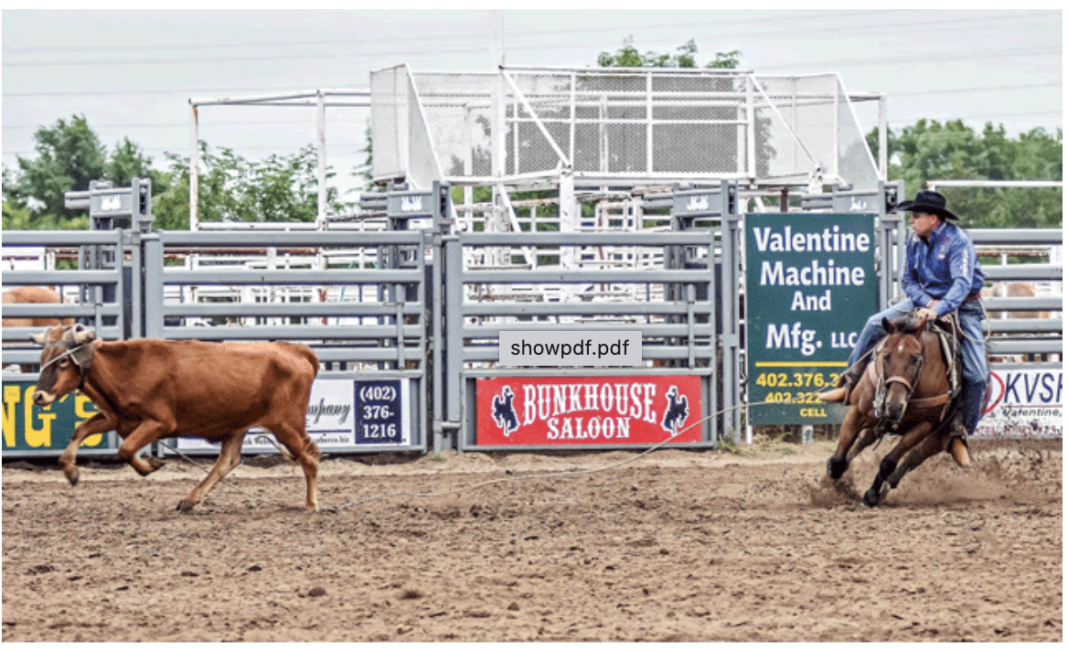 Rod Hartness grew up in Pawhuska, Oklahoma, the son of Buddy Hartness, a proud member of the Seneca-Cayuga Nation. Rod is married to wife Ashlee, who is a member of both the Osage and Cherokee Nations. Rod’s is also the proud father of two daughters, Natalie and Kaleigh, and his youngest son, Rope Benton, who is 4 years old.

Rod’s work ethic, grit and perseverance has contributed greatly to his success in both the pipeline business and sport of rodeo. When reflecting on his career, Rod shared with us; “I have been in the pipeline business for years, starting in 1986, and while doing that became a world champion steer roper, attending national finals more than 15 times.”

Hartness also serves as part of the Professional Rodeo Cowboy Association (PRCA). Based in Colorado Springs, CO, the PRCA is the oldest and largest rodeo sanctioning body in the world. Hartness’ contributions to the PRCA involve establishing standards for competition, whether that is increasing competitive fairness, or advancing the welfare of competition livestock.

Rod Hartness shared  about his early beginnings as a steer roper: “My dad was a superintendent pipeliner on pipelines across the country. He was my hero and my idol. Whenever he was home from the pipelines, I would go to the rodeos with him and he would watch me rope. When I was 14-15 years old, I began to rope on my own.”

Rod was relentless about improving his skills as a roper, practicing hours upon hours as his passion for the sport continued to grow. Rod achieved a lot of success when he was younger during junior and local competitions and continued on to compete in larger, sanctioned events. In 1985, Rod had won enough sanctioned competitions to turn professional at just 20 years-old.

Hartness now resides on his family ranch located in Pawhuska, Oklahoma. He has 3 horses which he still competes with here at the ranch in the indoor roping arena that was built as a gift from his father in 1983. The arena was designed to accommodate the ever-changing weather here in Oklahoma and guarantee that Rod could practice roping year-round.

Outside of the sport of Steer Roping, Rod carries with him a passion for business. In 1985, the same year he joined PRCA, Rod also founded pipelining company G & H Contractors Ltd. with a close rodeo friend, Ed Gaylord. Rod shared, “In early 1986, we started doing pipeline jobs across the country. We had a pretty natural start because my dad worked alongside me, and had grown-up tenured in pipelining, I also was able to hire family, uncles and cousins who knew the business as well.”The business grew into a very successful enterprise, adding value to the lives of its employees, clients, partners and communities in which they operated. As a father with a growing family, Rod eventually determined it was time to cut back on the time commitments of business and spend more time with his wife and children. As a result of that decision, he transitioned his company to focus solely on piping and is known today as G & H Pipe LLC. Today, Hartness’ business focuses on selling piping across the west to farmers, businesses, ranchers, private owners, municipalities and counties.

When asked who most influenced his life and career, Rod shared; “The three people I owe it all too is God first, my dad Buddy Hartness, and Ed Gaylord. I would not be where I am today without those three.”

When asking Hartness what lessons he learned from his years of career he shared:

“I never didn’t get a job. I never had a problem getting work. I worked hard. A leader isn’t responsible to get you a job or not. It doesn’t matter if they are Democrat or Republican. I’ve been through both leaders and I have never had a problem getting a job. You have to do what you have to do to feed your family. Maybe the job I need to take isn’t the job I want, but if it will feed my family until something else comes along, it serves a purpose. It’s my responsibility to get the job. You may not hit a homerun every time, but if you get enough first basers, you will eventually make it back around to a homerun.”

Hartness shared about one of the highlights of his career; “I worked as a consultant with a company that was working on a tribal project. As we were considering the project, the Chief of the tribe asked me what I could do to create jobs for citizens of their tribe. I partnered with the Indian communities in Osage County to create a training program that would take any tribal person, or anyone who was married to a tribal member, or had tribal children, and we hired them. We highly trained them so they were capable in the field before they worked on the pipelines. We never had one complaint or disappointment in regards to the performance of these employees during the entire project. They performed exceptionally well. We leveraged trust from our own work with the oil company to develop new skills in people. I focused on hiring tribal members for the project, but they had to be highly-trained and the work had to be done with excellence. Because this was how we were brought up and what we believe in. We put 250 Native Americans on the job creating over 9 million dollars of value for the Nation.”

When asked what advice he has for others’ who may have large goals he shared:

My dad put many Native Americans to work on the pipeline in the oil and gas industry. If you do your part, and work hard to make yourself valuable, you will always have a job. I do not care where you came from, or what you do, if you want to work, people will hire you. I was always trained that way and taught that. My dad came from nothing, he quit school in the tenth grade, and is well known in the pipeline business still today. Everyone can achieve, but we have to do our part and put in the work.”

What great lessons from a life of hard work and perseverance.

The Legacy of 7 Siblings: Then and Now