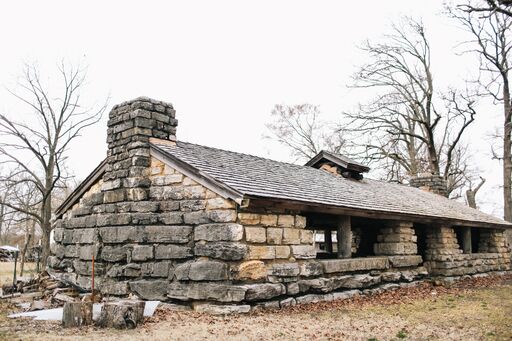 Greetings to All Tribal Members,

I hope this newsletter finds everyone in good spirits and good health.

Compared to the old days our tribe has become spread, with tribal members living all over the United States. In this monthly article I will share information for those who are interested and want to learn more about their heritage. These writings will be brief, and I hope they encourage you to attend and participate in our ceremonies in person.

For this newsletter I would like to begin by explaining the positions of the Faith Keepers or Pot Hangers as they are sometimes called. The Faith Keepers are considered to be “workers for God.” They are here to help all our people carry on our religious ceremonies and to help tribal people as needed. The responsibility of keeping our heritage alive falls on their shoulders. If you have ever attended one of the ceremonies, you have probably seen them working to ensure that the ceremonies are preserved and being carried out correctly. I will explain at a high level the roles, responsibilities and who they are.

The Faith Keepers make up the ceremonial committee of the tribe. They consist of 6 men and 6 women. With 3 men and 3 women “Clan Mothers” representing the Southern clans some of which are the deer, snipe, and eel and 3 men and 3 women representing the northern clans some of these being the bear, turtle, rabbit, porcupine and beaver. The wolf clan can be represented on either side but is primarily north and is decided when a name is received.

The positions and responsibilities of Faith Keeper are passed down through the family lineage. This means that if a position needs to be filled the Faith Keepers will meet and determine a successor from that person’s family if possible. However, if the family is unable to carry on the duties the Pot Hangers will ask or appoint another person at that time. Being selected to fill the role often requires many years of helping and learning before the position is passed down to them. Carrying out the duties require a lot of work and the Pot Hangers often enlist a helper to work with them, or for them if they are unable to attend a ceremony. These important helpers are learning the ways and traditions as well as the responsibilities required.

The Pot Hanger position requires a lifetime commitment. Before a person accepts the position, they must be absolutely certain that they can live up to the needs of the people. Being selected as a Pot Hangers is considered an honor and privilege for, they not only are “workers for God” but workers for all the Seneca-Cayuga people. They are available anytime they may be needed to help.

While growing up I didn’t fully realize and see the love and honor my mother felt in her responsibilities. For she inherited her duties in 1951 (prior to that she worked in her mother’s place as a helper) from her mother Amanda Whitewing Turkey. She did her best to fulfill her duties until she passed away in 1991. Looking back now it is clear what her feelings were for her people. I can still picture her sitting in front of the rock house or in the long house talking to people, answering questions and feeling the joy of being there. It was truly her life.

I hope I have been able to provide some insight into the roles of our ceremonial leaders. I also encourage all tribal members to attend the ceremonies. We owe it to our kids to keep the knowledge flowing for future generations. If you stand back and look at what we are trying to save, the Seneca-Cayuga people should be proud of what we have.

Be safe, Covid free and warm this winter,

Effects of McGirt v. Oklahoma on the Seneca-Cayuga Nation

How does the Seneca-Cayuga Nation use Grants?